Gare du Nord Paris Private Cab Taxis.we provides professional ground transportation at the lowest rates across the France. www.parisprivate.com website  that will help you book an airport transfer or car service in Paris. You can also book online. We are available 24h 7 days.

Paris Nord’s status is partially due to its role as one of the city’s main commuter hubs; though the RER and Transillien trains, which serve locations close to Paris use different parts of the stations to the long distance trains.
It is located to the north of the city centre, in what isn’t the smartest are of town (particularly on either side of the station).
So the more popular areas of the city are a Metro, RER, bus or taxi ride away.
It does indeed serve destinations to the north of Paris.
In addition to the Eurostar trains to the UK and the Thalys trains to Belgium, Germany and The Netherlands – the TGV to towns and cities in northern France including Arras, Boulogne, Douai, Dunkerque and Lille depart from here.

To the Paris Private Cab taxis:

How to get Paris Private Cab Driver ? 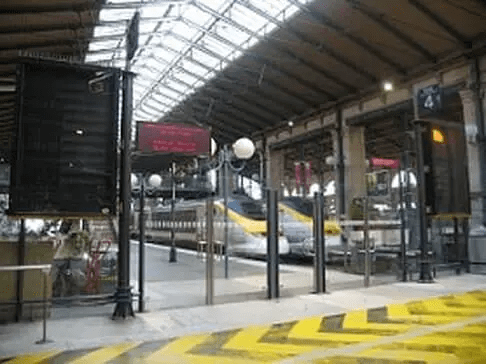 When you arrive at Paris Gare du Nord you exit the train and walk to the end of the platform where you pass through the glass security doors, Front of the this place Paris private cab driver will be waiting holding a sign board with your name.